Twitch Con, a conference celebrating the world’s most popular eSports streaming platform, is not the place where you would expect to see the launch of an incredible new webinar production tool. But this past week, that is exactly what happened.

At the event, Telestream launched its new stream production tool. Known as Gameshow, the low-cost tool – a stripped-down, sleeked version of its popular webcasting program, Wirecast – offers the gaming community the ability to create dynamic, interactive, high-quality streams at the bargain-basement price of only $9/month. It’s available for Mac & PC and streams directly to YouTube or Twitch.

Though unintended by Telestream, this tool can be a powerful asset for those who regularly produce webinars.

Webinar producers can learn a lot from the eSports & streaming communities. The two products – webinars and game streams – are structurally very similar.

Both webinars and game streams feature the following:

Besides the compositional similarities, there are similar goals in the positioning of the audience and the presenters. In both cases, presenters seek to be seen as thought leaders in a particular area. The audience sticks the presenter for an extraordinarily long time – Twitch users watch their favorite streams for an average of 109 minutes a day, while a typical webinar will keep a viewer engaged for over 30 minutes. Whether your goal is to distinguish yourself as an expert in generating PR for technology startups or in withstanding a 6-pool zergling rush in Starcraft, your method of attracting and engaging an audience is the same.

Even though Telestream’s “Gameshow” is geared towards streamers, it can also be a vitally useful tool for webinar producers as well. It’s designed from the ground-up to be streamlined into complex workflows: the last thing a gamer wants is to lose valuable clicks-per-minute on a clunky production tool. So production is as simple as possible. Here’s how it works:

With one click, select a pre-designed template. You can also build your own. 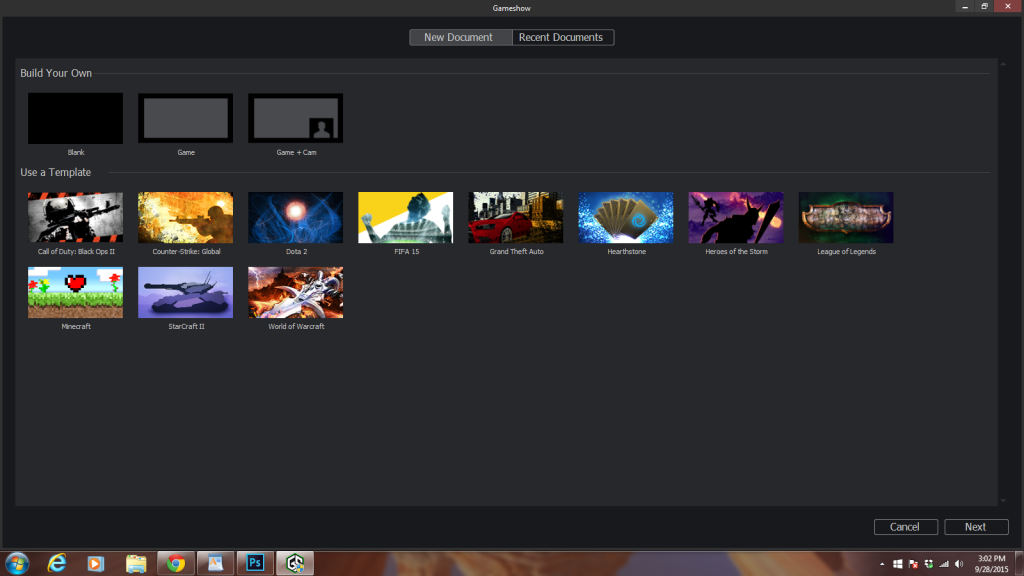 While Twitch is a great platform for streamers, most webinar producers will find YouTube’s interface much more suited to their goals. Input your username and give your camera and mic access, and Gameshow will prompt you to login to your YouTube account. 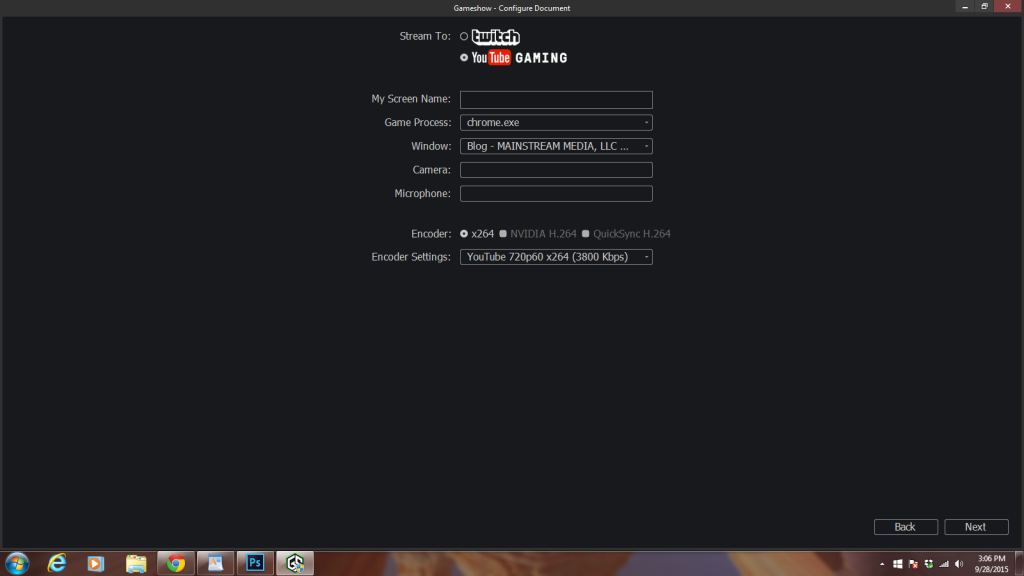 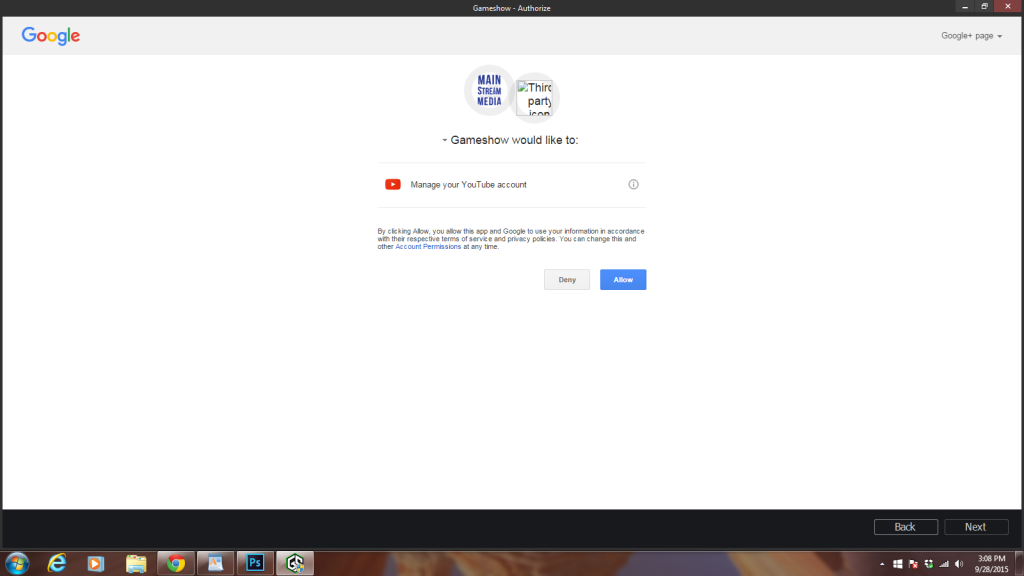 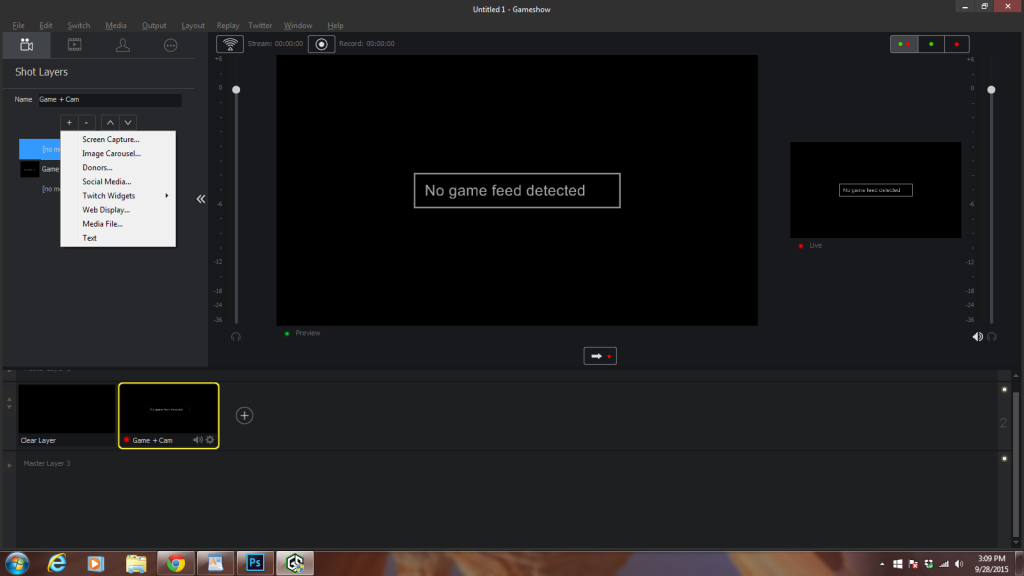 Once you’re all set, click the “Stream” button in the top-left corner. You’ll see a count-up timer start. If you go to your YouTube Live Dashboard it will look like this: 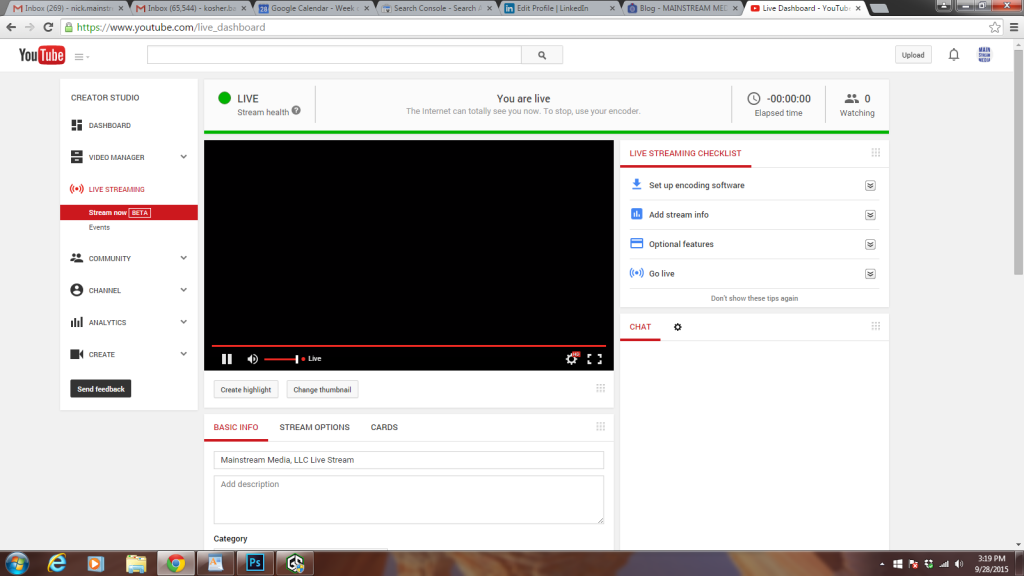 If the light is green, you’re good to go! Scroll down to the bottom of the page and go to the URL to your broadcast. You can then embed in your website as you normally would any YouTube video.

Using these tools to their fullest effect can have an immediate impact on your audience engagement, But there are key differences between the two industries to consider. While Twitch and YouTube are the platforms of choice for streamers, webinar producers have many more options. WebEx, GoToMeeting, WebinarPlatform, and more all exist and share a userbase. Currently, Gameshow only supports YouTube and Twitch, but with a “virtual camera” option, as we see in WireCast, webinar producers would gain access to the platform of their choice.

The other key difference is the “formal”-ness of the presentation: whereas streamers tend to show content off the cuff and in a less structured schedule, webinars tend to feature rehearsed presentations at a very specific pre-appointed time. You have to tune in at the right time and watch an entire webinar in order to get the most out of it; streamers encourage folks to tune in and out as they please, catching a few minutes here and there. You don’t have to watch Naniwa’s entire 8-hour stream to enjoy it; you can watch him rip apart an enemy for one match, crack a couple jokes in the chat, then go on to the next channel.

Webinar producers can learn much from the streaming community. Creating accessible, irreverent, yet high-quality broadcasts would cast a wider net and help create a more focused, engaged audience. Producers should also adopt the filmmaking mantra “show, don’t tell” – rather than deliver a rehearsed pitch, put your presentation into practice and let your audience come along for the ride. If your webinar discusses how to increase sales effectiveness, stream yourself as you call, qualify, and sell your product. If you’re leading an e-class on how to develop an electronic press kit, let them watch as you develop the actual materials in yours.

By adopting some of the tools and ideas from the streaming community, webinar producers can drastically increase their impact and effectiveness. See you at Twitch Con 2016, and if you need help producing your webinar, reach out to us! 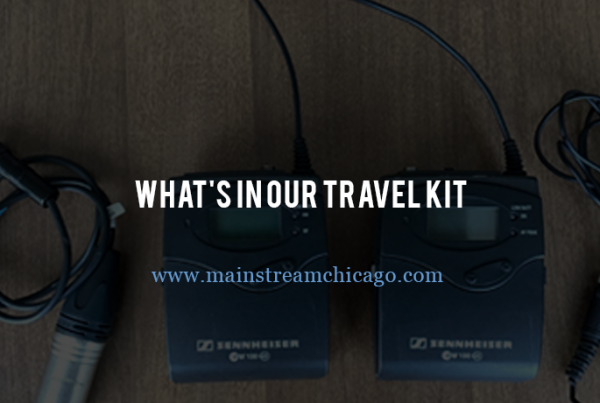 What’s in Our Travel Kit?

What’s in Our Travel Kit?  Having produced hundreds of live streams, the Mainstream team knows what it takes to create a great show. Recently, we have been traveling all over the country for these shows, which has presented a new challenge: how do you ensure a successful show if your… 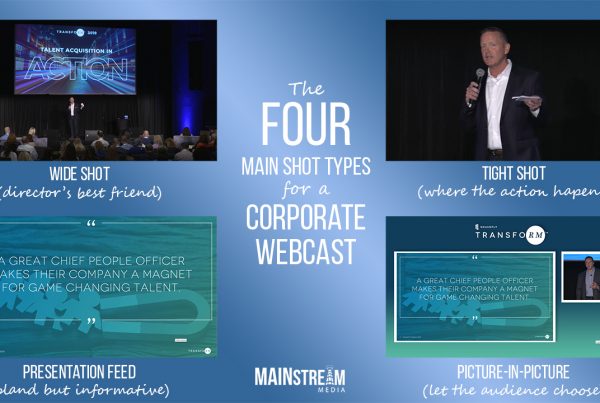 Every event presents unique challenges. Speakers pull out at the last minute, attendees don’t use your event app, a power outage pulls down the video feed of your special celebrity guest appearing via Skype. While Murphy wasn’t an event planner, Murphy’s Law seems to have been written specifically about live… 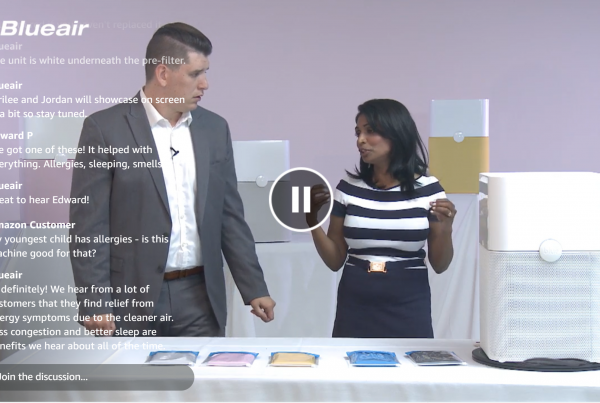 Bring Your Webcasts to Life: Tools and Tips to Make Your Live Streams Interactive

Lessons Learned from Streaming a Summer’s Worth of Live Events

Lessons Learned from Streaming a Summer’s Worth of Live Events
Not sure where to start? How about by saying hello?